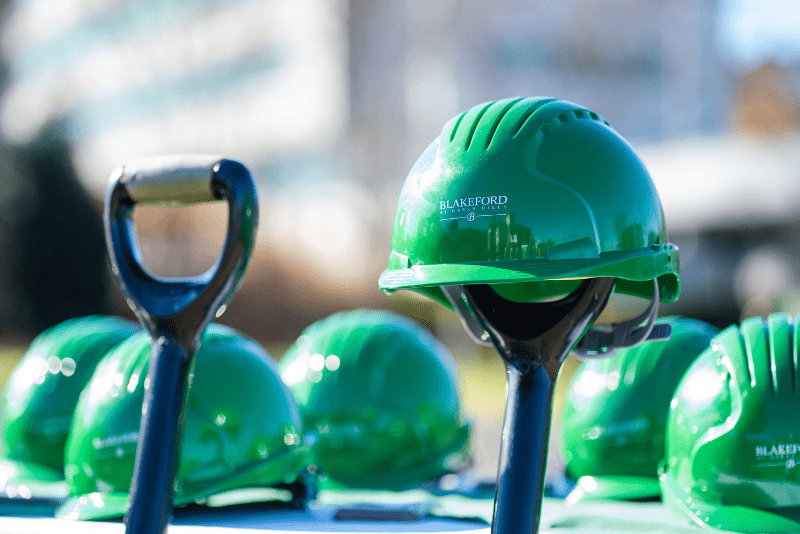 Focusing on well-executed basics can help ground a celebratory event during difficult times.

Coordinate a seamless virtual groundbreaking ceremony, then pitch the story to media for post-event coverage.

In fall 2020, the local guidelines for gathering during the COVID-19 pandemic changed daily. REED was forced to develop several plans for Blakeford’s groundbreaking. Ultimately, the event fell during a period of time when only 10 people could gather.

Our team chose to invite only speakers, government officials and Blakeford leadership to the event. Residents, future residents, donors, board members and staff were invited to attend a virtual ceremony, which was livestreamed from Blakeford’s campus where the new building would sit. REED developed the run-of-show, script for speakers, coordinated with all vendors, ordered promotional products and handled event setup and breakdown.

After the event, REED pitched photos from the event and news of the groundbreaking to local media. Several outlets, including Nashville Post, ran the story.

Although the event was small, it was mighty. Hundreds of residents and staff tuned in live, while others watched the ceremony playback. Despite complicated logistics and technological roadblocks, the virtual ceremony went off without a hitch. Finally, almost a year before the new building would be ready for move-in, Blakeford had reservations for over 90% of the available units on the books.