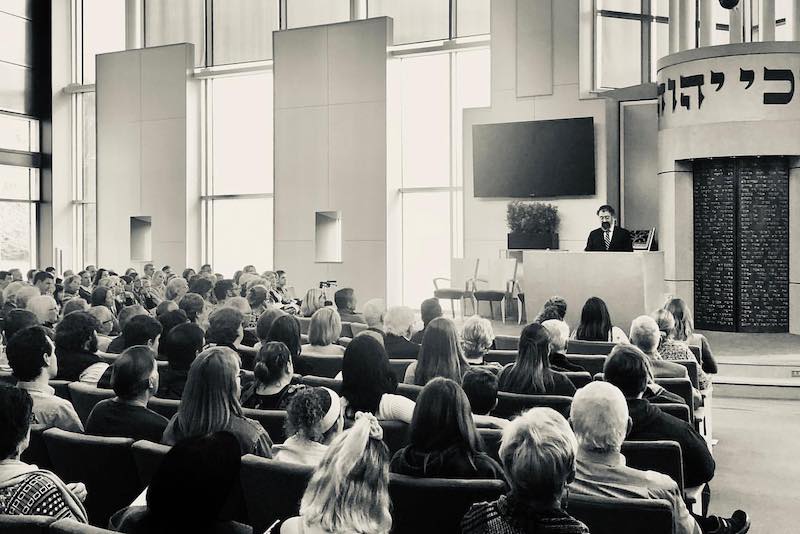 After a successful event in 2018, Chabad of Nashville looked to REED again to promote their bringing in a Holocaust survivor for a speaking engagement.

Chabad of Nashville had an exciting opportunity to bring Irving Roth, a 90-year-old Holocaust Survivor, to Middle Tennessee for a speaking opportunity to share his story of living through two concentration camps during WWII.

The event was an opportunity to raise awareness of the anti-Semitism and hatred that still exist in our world today. REED was approached just four weeks ahead of the event and tasked with creating and executing a community-wide campaign to drive ticket sales.

The client’s goal was to sell at least 600 tickets to the “A Harrowing Story of Survival with Irving Roth” event while also raising Chabad of Nashville’s profile in the Nashville community. To get results quickly, REED hit the ground running with a strategy combining earned media, paid social media promotion and community outreach efforts to directly lead to ticket sales.

Despite having just under a month to complete the project, REED exceeded the event objectives by selling out not one but two evenings with Irving Roth. REED secured nearly 11 million media impressions highlighting Chabad of Nashville and its mission through the “A Harrowing Story of Survival” event. Valuable earned media included an opinion piece published in both The Tennessean and The Knoxville-Sentinel, along with a feature interview with Mr. Roth and Rabbi Tiechtel on WTVF NewsChannel5.

In total, 825 tickets were sold, exceeding Chabad’s original goal. The two nights were both a success both in terms of operations and in bringing a community together to consider a topic that remains relevant more than 70 years after the Holocaust.