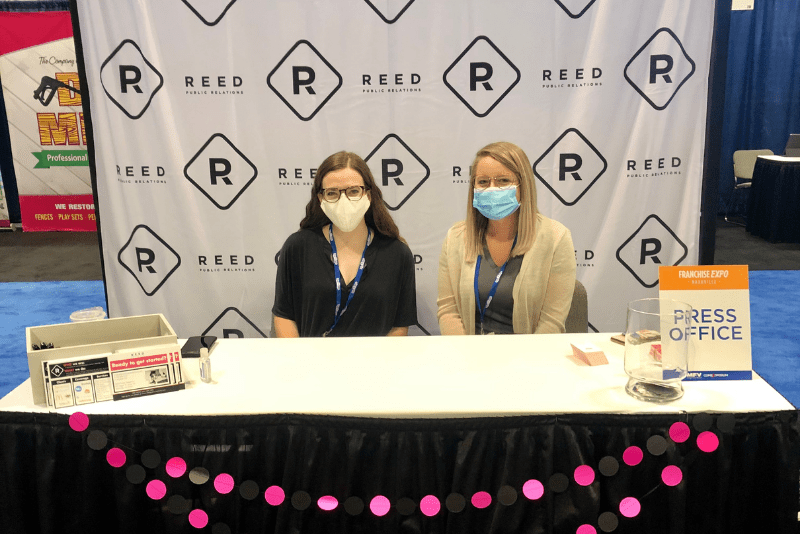 The franchise world is small. Expos can help bring new people into the fold.

After hosting successful events in cities around the world, the well-connected MFV Expositions team wanted to bring their notable Franchise Expo to Nashville and Houston for the first time. We created awareness plans that incorporated media relations and strategic partnerships with community groups to encourage franchisees to exhibit and others to attend.

To raise awareness of Franchise Expo in both markets, REED took a unique, narrative-based media approach to bring added value to Franchise Expo’s exhibitors. Our team connected directly with exhibitors to share their one-of-a-kind stories with print publications and on-air with local broadcast reporters.

Another main focus of our work was relationship-building. For example, we partnered with the Nashville Chamber of Commerce and invited them to have a presence at the expo. They, in turn, were able to provide local resources to attendees and make valuable new connections. We also assisted with booking speakers for the events and secured Metro Nashville’s economic and community development director to deliver opening remarks in Music City.

With just a few weeks to prepare for both expos and on the tail end of the pandemic, we secured over 1.17 million impressions highlighting the expos, with coverage in traditional media outlets, event calendars and on broadcast television. Media coverage for the expos drove a large quantity of attendees, helping the event become a #1 hit in both Houston and Music City.