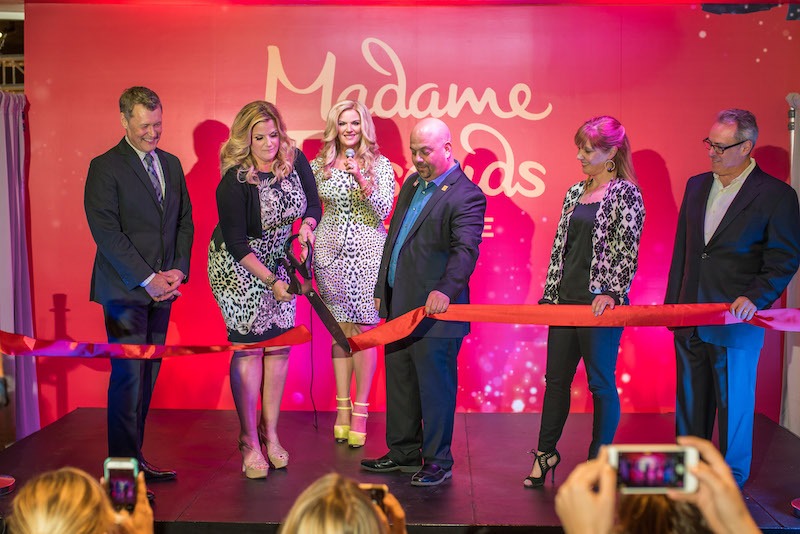 The world-famous Madame Tussauds chose our team to open its first and only music-themed attraction in the world in Nashville.

It’s not often that you get to pose for a photo with Jason Aldean and Justin Timberlake in the same day. Madame Tussauds Nashville makes it possible in Music City.

Raise awareness for the then-new Nashville attraction on a national scale, drive ticket sales and foster a connection with the local community.

London-based Madame Tussauds relied heavily on a strong media relations campaign to bring awareness to the new Nashville attraction. Considering the importance of earned media, we developed a PR plan that started with the groundbreaking press conference eight months prior to the grand opening date. To stay at the top of consumers’ minds for almost a full year, REED employed a “drip plan” in which nuggets of information were released every few weeks. This kept consumers and news media excited and engaged in the process of building out the attraction.

As major announcements broke, REED employed an aggressive media outreach strategy that targeted national, regional and local lifestyle, entertainment and business outlets. In addition to the typical press release, our team crafted creative media angles and coordinated community activations to truly engage media in a unique manner. All efforts built up to the grand opening.

We coordinated with national television outlets to unveil some of the highest-profile figures. For example, REED took “Blake Shelton” to the TODAY Show and worked with CMA Fest to have Luke Bryan to trick Dierks Bentley with his own wax figure. We even worked with Reba McIntire as she unveiled her lookalike figure on Entertainment Tonight!

Over the course of eight months, REED secured more than 1.5 billion media impressions in print, TV, radio and online outlets with coverage in AP, USA Today, Rolling Stone, Billboard, CMT, US Weekly, The Wall Street Journal and the TODAY Show. Local highlights include coverage in The Tennessean, Nashville Lifestyles, the Nashville Business Journal and on all four local broadcast stations. Madame Tussauds–Nashville opened to an enthusiastic weekend of visitors.

Since the grand opening, REED has engaged with Madame Tussauds multiple times to unveil new figures like Jimi Hendrix and Janis Joplin, execute a birthday tribute concert for Loretta Lynn and promote special discounts and events.