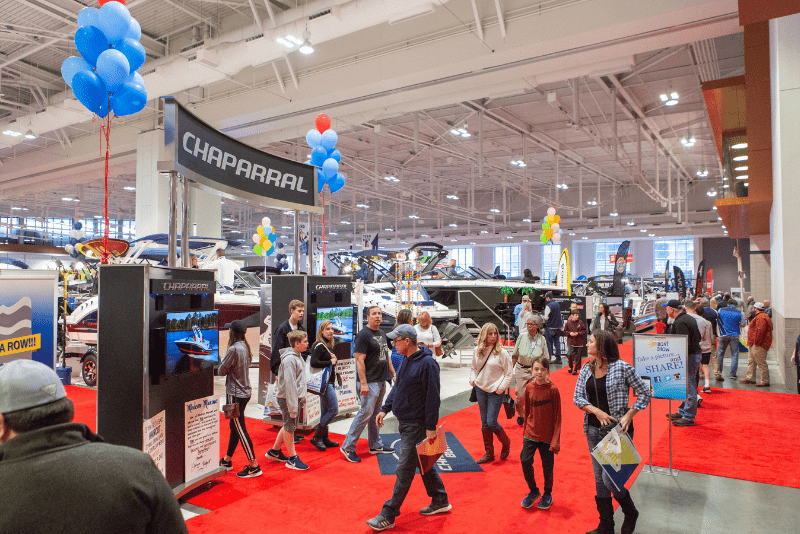 The NMMA Nashville Boat Show is a staple event in Music City, drawing guests from across the state and as far as Kentucky and Alabama. NMMA engaged REED to build on their previous success in the market and help them attract new audience demographics, as well as remind regular guests of all the wonderful features the Nashville Boat Show offers.

NMMA leaned on REED to raise awareness and increase attendees to its four-day event by driving growth in social media engagement and securing varied media coverage. NMMA hoped to attract new audiences to the event, including women and young anglers. REED developed a multi-faceted communications plan to attract these new audiences, as well as remind old audiences of the fun this event offers for attendees of all ages and experience levels.

REED began promoting the 2020 Boat Show three months before the event took place in order to secure media coverage in both print and digital publications. Closer to the event, the REED team engaged a diverse set of influencers who helped promote the event on a grassroots level, interacting with their followers and sharing organic content. Throughout the event, REED team members were on-site capturing images, videos, interviews and more, as well as sharing original content in real-time on social media. The team also acted as liaisons between local media reporters and coordinated multiple live broadcast interviews.