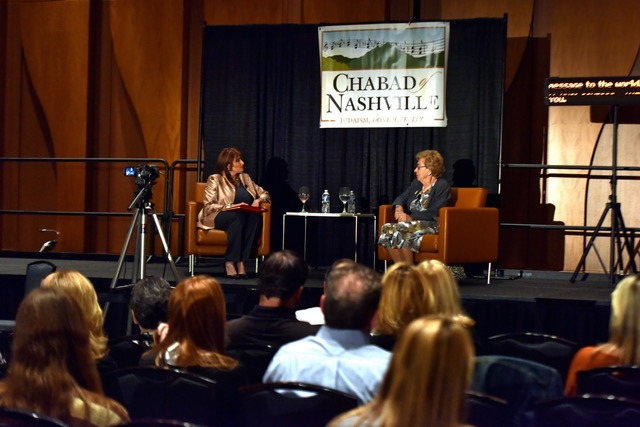 Chabad of Nashville had an exciting opportunity to bring Eva Schloss, Anne Frank’s childhood friend and stepsister, to Middle Tennessee for a speaking opportunity to share the unimaginable experience of living through the fear and panic that was the Holocaust. The event was an opportunity to raise awareness of the atrocities of genocide, persecution and hatred that persist today from the perspective of a Holocaust survivor.

Reed Public Relations (RPR) was approached four weeks ahead of the event to assist with creating and executing a community-wide awareness campaign to drive ticket sales. Because Nashville is consistently saturated with ticketed event options, time of was of the essence to get the word out, but RPR rose to the challenge.

The goal of the campaign was to sell at least 500 tickets to the “A Historic Evening with Eva Schloss” event while also raising Chabad of Nashville’s profile in the Nashville community. To get results quickly, RPR hit the ground running with a strategy combining earned and paid media promotion, influencer partnerships and community outreach efforts to directly lead to ticket sales.

Valuable earned media included an opinion piece published in both The Tennessean and The Jewish Observer, along with a feature interview with Eva Schloss by The Tennessean’s storytelling columnist Jessica Bliss that was shared in print and online. These hits were amplified by appearances on WSMV News 4’s premier talk show “Today in Nashville,” a feature broadcast segment with NewsChannel 5 and pre-event coverage by WKRN News 2.

Additionally, RPR coordinated paid promotion with both the Middle Tennessee Society for Human Resource Management (MTSHRM) and WPLN Nashville Public Radio. This strategic outreach to major employers via HR executives and the radio station’s culturally-engaged listeners and online audience base yielded a reach to thousands of potential attendees in Chabad’s target audience.

Ultimately, RPR achieved the event objectives in spite of limited time for planning and execution, securing more than 11 million media impressions highlighting Chabad of Nashville and its mission through the “A Historic Evening with Eva Schloss” event.

The night was a success both in terms of operations and in sparking thought-provoking community dialogue about a topic that remains relevant more than 70 years after the Holocaust.