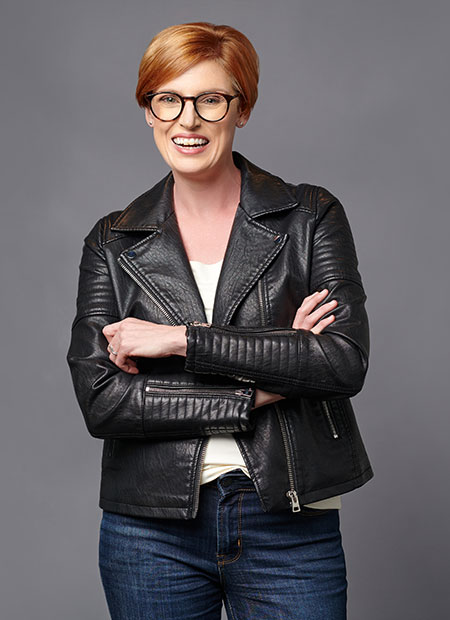 It’s not short for anything.

It’s just Jenny. And much like her name, she’s a straight-to-the-point kind of gal. As Vice President at RPR, Jenny drives company growth by managing the account team and overseeing all PR and marketing strategies for our clients.

“Good enough” is not in Jenny’s vocabulary. She strives to be the best in all things — in work, marriage, parenting, friendships, making Nashville a better place. She looks at each day as an opportunity she has been given and feels a sense of duty to pay it forward.

Before joining RPR, Jenny oversaw communications for Centennial Medical Center and went on to joining the executive team at Gaylord Opryland Resort & Convention Center where she implemented communication plans that helped achieve record financial performance for the property. That’s what we like to call measurable results.

Her tenure at the hotel led her to manage a plethora of other interesting projects including Gaylord Opryland’s award-winning “A Country Christmas” celebration and two presidential visits in which she coordinated with the White House press team and the U.S. Secret Service.

After years in the industry and earning her APR accreditation in 2008, Jenny’s expertise lies in branding, media relations, social media and crisis management. She prides herself on bringing a levelheaded perspective to every situation — regardless of the pressure — and attributes her success to staying agile and action-oriented.

Turns out that’s a good approach, and Jenny’s got the awards to back it up. She has been named on the Nashville Business Journal’s “40 Under 40” list, received the Nashville Emerging Leaders Award from the Nashville Chamber of Commerce and the Rising Star Award from the Association of Junior Leagues International (AJLI) — to name a few. Please see her trophy room for a complete tally of accolades.

Jenny will tell you her firm’s goals are the client’s goals — not just some cookie-cutter, off-the-shelf prescriptive communications model. RPR wants to understand their client’s business objectives and align PR strategies to help them meet them. You can rest assured Jenny is embedded in driving results for you. She and the rest of the RPR team have a passion and energy for getting great results.

Jenny has always had an ambitious streak. The first day she met her husband, she asked him to be her prom date with a houseplant (that’s a good story — ask her to tell it to you). She later graduated from college, got married and started her first full-time job all within the same month.

When she is not busy working or raising her daughter, Jordan, she loves to catch up on her reading with a great cup of coffee. Two hours to herself nerding out at the Downtown Public Library is a day at the spa for her.