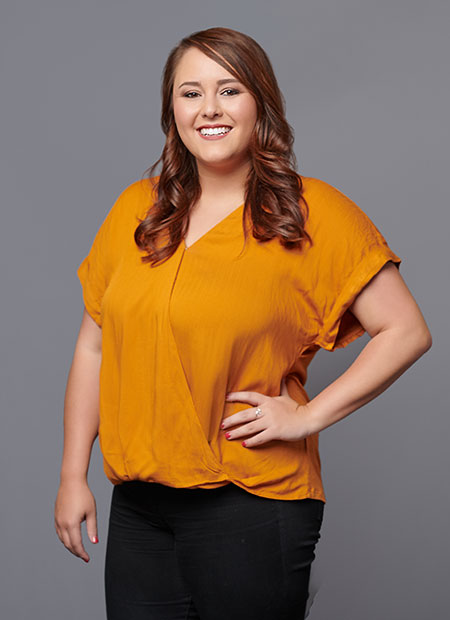 They say your laurels are a terrible place to rest.

Actually, that’s what Payton says. And we couldn’t agree more. Payton is the type of person who refuses to be satisfied with her work. It can always be better. More effective. More efficient. She considers researching data trends and white papers fun, and you can usually find her scouting the latest and greatest industry conferences to attend.

That drive to be a lifelong learner is what helps her thrive in an ever-changing industry like ours — and what makes her a go-to for innovative client ideas here at REED.

As a graduate from Middle Tennessee State University, Payton had the opportunity to work on several multimedia projects including producing a podcast featuring Park Overall — retired Hollywood actress and current sassy environmental activist — about her lifelong friendship with Johnny Carson and her many appearances on The Golden Girls. The ability to merge new media with personal stories is what allows Payton to bring our clients’ stories to life in more creative ways than a press release and media tour.

One of her proudest accomplishments here at REED is garnering more than 3 million impressions for The Miracle League of Music City, a non-profit devoted to bringing a fully accessible baseball field to town.

Despite her laundry list of client wins, she’s not all work all the time. One time during the filming of Baywatch (2016) on Tybee Island, she chatted with the Rock and Zac Efron’s stunt doubles and even scored a few drinks from them. Turns out, stunt doubles are the real deal.

When it comes to sports, baseball and football are tops for Payton. She bleeds orange as an enduring fan of the UT Vols so don’t be surprised if she’s donning a Peyton Manning jersey in the fall. She is his namesake, after all.

Payton’s pop culture claim to fame is that she knows every single word to every Shania Twain song ever. Except not the new stuff. Only the REAL Shania Twain songs from the 90s, which is conveniently known as the glory days of country music in our office.

Way to play to the room, P.