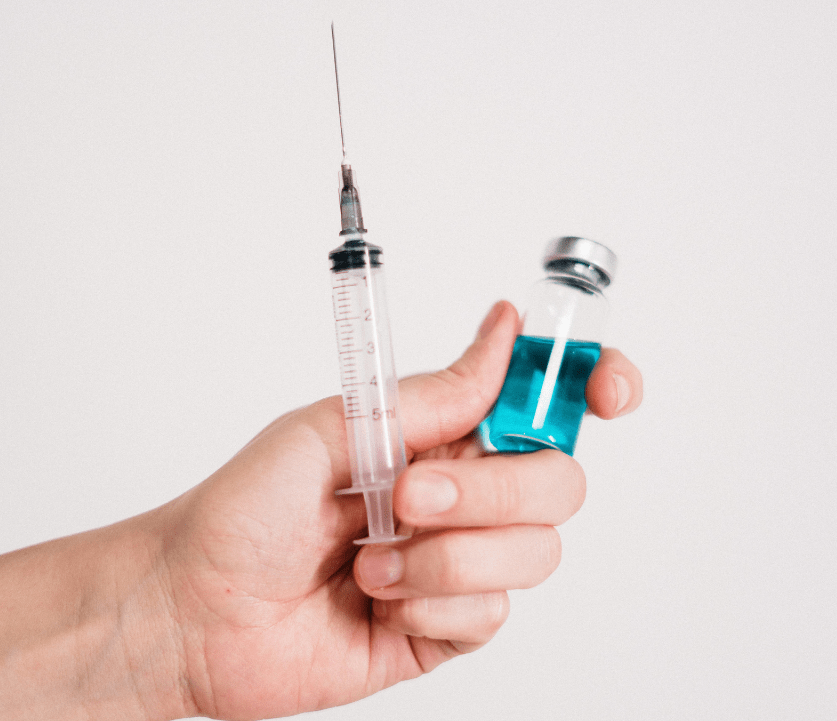 In the U.S., COVID-19 vaccines have become widely available, but supply now outweighs demand. As this phenomenon continues, consumers have begun to see vaccine messaging pop up in advertising and PR campaigns.  Endorsing the vaccine as a marketing tactic is uncharted territory and can be divisive, so we wanted to know—what’s the PR value of the vaccine?

It goes without saying that not everyone trusts, or even plans to receive, a COVID-19 vaccine. Brands that share pro-vaccine messaging have to grapple with the potential loss of loyal customers.

Here, we look at how three major brands are using vaccination messaging in current PR and marketing strategies and how this has affected public opinion thus far.

Considered to be the most effective pro-vaccine ad in the market, Budweiser made the highly publicized decision to opt out of a Super Bowl ad in 2021 for the first time in 37 years. Instead, the company donated its ad dollars to the Ad Council’s vaccine education campaign and created this spot, which explained the decision to customers in detail.

Budweiser got several things right. First, the ad is rich with diversity, showing all types of people coming together during quarantine. Diversity in advertising helps build positive perception. Thirty-eight percent of consumers are more likely to trust brands that show diversity in their advertising (source), and those numbers increase among specific groups to as high as 85%.

This ad also focuses on our country’s shared experience of COVID-19 and only introduces vaccine messaging a full minute into the 90-second spot. This was no doubt intentional, allowing the undeniably relatable ad to capture the attention of all viewers before addressing the matter at hand.

Ultimately, the decision to forgo a Super Bowl ad had some viewers confused. Google searches like “Was there a Budweiser Clydesdale commercial?” were popular following the Super Bowl despite Budweiser’s absence. The “Bigger Picture” ad, though heartfelt, didn’t have the same reach that a broadcast spot would have offered, and it’s clear some customers didn’t get the memo. General perception from those who did see the spot, however, seems to be overwhelmingly positive.

At the end of the day, what Budweiser lost in Super Bowl viewership, it gained in earned media impressions on its decision to give up the spot. Most major publications covered the story.

Walmart “Ready to Help Our Community”

In this spot about in-store vaccine rollouts, Walmart employs a similar approach as Budweiser, waiting to introduce information about the vaccine until 20 seconds into the 30-second ad. In fact, Walmart prefaces the vaccine messaging with information about flu shots (“Millions of flu shots administered in 2020”) to ease wary viewers into vaccine talk and prove that Walmart is experienced in safely administering vaccines.

It’s important to note that, while Budweiser’s campaign serves as a general PSA about the importance of vaccines, Walmart’s ad points to its participation in vaccine rollout. This adds credibility to Walmart’s commitment to the cause.

Even though Walmart stores serve some communities where the majority of residents are unsure about COVID vaccines, Walmart Corporate makes its pro-vaccination stance clear on its website. The organization also lays out a specific plan of action for how it will fairly and effectively help vaccinate our country. The strong language used on Walmart’s website will likely isolate some and reassure others, making its campaign more divisive than Budweiser’s.

The brand positioned the campaign as a way to “show [their] support for those who choose to get vaccinated.” The messaging is gentle enough to excite vaccine enthusiasts while avoiding the wrath of extreme anti-vaxxers.

Despite the soft language, the campaign has been effective among millennials and Gen Z. The campaign was widely shared on social media by the likes of the Washington Post TikTok Guy. If word-of-mouth was an intentional tactic, the offer certainly delivered on this front.

The main downside was the campaign’s reach. Krispy Kreme has about 360 locations stateside, meaning free donuts are only within grasp of those living in the most populated areas (compare this to McDonald’s’ 14,000 franchises in the U.S.). Even a free donut can’t compel people to drive several hours just for a sweet treat. The result is that the campaign does not reach rural areas, where far less people are choosing to get vaccinated (source) in the first place and where it perhaps could have made the largest impact.

Seeing as public opinion surrounding pro-vaccine messaging has been mostly positive (so far), what does this mean for your brand? Should you consider adding pro-vaccine language into future PR and marketing campaigns?

Keep the following in mind as you navigate this touchy subject:

A study completed by Ace Metrix concluded that the perception of 24 pro-vaccine ads fluctuated significantly based on political party. Democrats reported positive views of most pro-vaccine spots, while Republican perceptions skewed neutral to negative (source).
Educational elements were perceived the best across party lines.

Pro-vaccine marketing campaigns are to 2021 what influencer partnerships were to 2019—the wild west of the marketing world. But that doesn’t mean pro-vaccine language won’t become standard soon. Whether you decide to move forward with vaccine messaging or hold tight, consider your organization’s values and how you’ll want to represent the company if taking a stance becomes the norm.