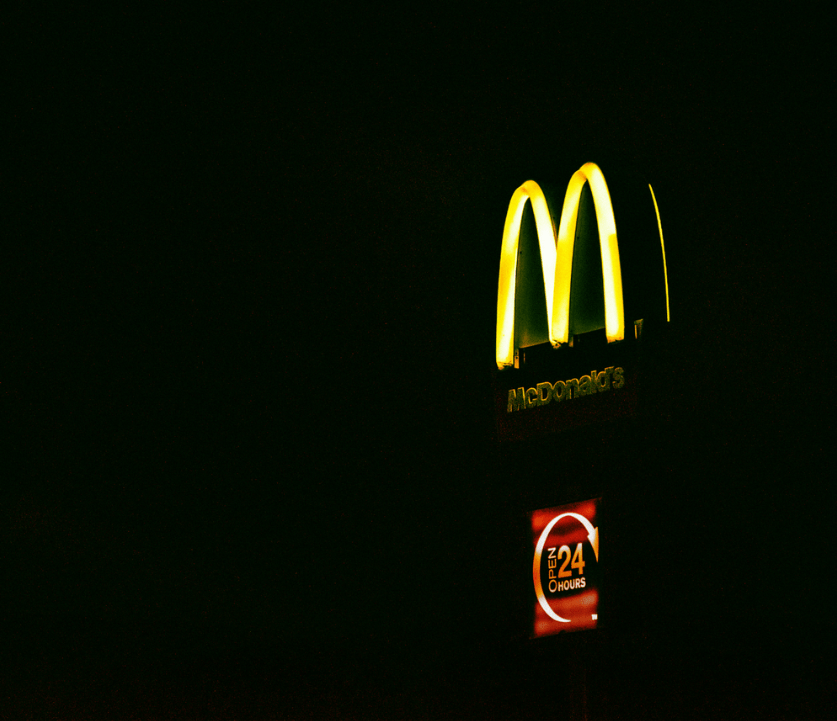 Competition in the Food & Beverage industry is always fierce. With consumers choosing from hundreds of restaurants, F&B brands need to get creative when promoting new products and initiatives.

A few PR campaigns from the past several years have stood out above the rest. Read on for a sample of our favorites and our takeaways for F&B marketers around the world.

Travis Scott, a rapper that is ultra-popular with Gen Z, partnered with McDonald’s to debut “The Travis Scott,” a meal that encompassed the artist’s regular order at the golden arches. The meal included a medium Sprite, a quarter-pounder with bacon and fries with barbecue sauce.

The campaign was an immediate, smashing success, especially on social media where Gen Z is most active. The rapper was highly involved in the campaign, contributing artwork, merchandise ideas and social media fodder. At the end of the day, the collaboration helped bolster Q3 2020 sales for the restaurant chain by almost 5% YOY. For reference, McDonald’s sales were lagging YOY by almost 9% the previous quarter (source: Eater).

The success of the Travis Scott campaign led to the restaurant’s upcoming partnership with BTS, the K-Pop phenomenon who currently holds the title of most popular band in the world.

Our takeaway: Celeb endorsements aren’t dead. The key is authenticity, so choose a celebrity that is a genuine fan of your food (Scott organically posted about enjoying a McDonald’s burger, which spurred the collaboration in the first place). It is also important to ensure your celeb reaches your target demographic. Check both boxes, and an endorsement can pay dividends.

Since its inception, Ben & Jerry’s has been dedicated to social activism. The ice cream maker does not shy away from controversial subjects and emphasizes education and action to make a difference in the world.

Ben & Jerry’s debuted “Save our Swirled,” a flavor advocating for climate change reform, in 2015. To launch the flavor, Ben & Jerry’s partnered with Tesla Motors, a clean-energy vehicle producer, to launch a U.S. tour to bring climate action to peoples’ doorsteps. Ben & Jerry’s associates literally hand-delivered ice cream out of a branded Tesla to fans in California.

The brand simultaneously launched a digital campaign with Avaaz. The two partnered to gather three million signatures in support of actively addressing climate change. Ben & Jerry’s also pledged to use 100% renewable energy within several years of the product launch.

Our takeaway: It’s no secret that 70% of consumers prefer brands who take a stand (source: Sprout Social). The thing to note is that Ben & Jerry’s followed through. Rather than just championing a cause, the organization took decisive actions and made good on its promises.

Barilla teamed up with Spotify, the Swedish music streaming service, to develop “pasta timer” playlists running eight to 11 minutes in length. Depending on the type of pasta being made, consumers can press “play” on a curated playlist. As the music stops, the pasta should be perfectly al dente.

For added interest, the playlists have cheeky names like “Pleasant Melancholy Penne” and “Timeless Emotion Fusilli.” Turn up the volume the next time you boil a pot of Barilla noodles for dinner!

Our takeaway: Integrated media campaigns are the future of PR. In this case, the playlists allow consumers to interact with the brand away from social media. Plus, they’re shareable and fun. As tech continues to evolve, the possibilities for other brands to create integrated campaigns will be endless.

What’s buzzier than a food item that sounds gross but actually tastes delicious? Jeni’s Everything Bagel ice cream delivered in the brand’s creative campaign to launch the unique flavor.

The brand fired on all cylinders, sending pints to top social media influencers and every news outlet imaginable. The flavor plays off the current popularity of Trader Joe’s’ “Everything but the Bagel” seasoning, which is a staple in many millennial and Gen Z kitchens.

There was also an element of hype, as Everything Bagel pints sold out quickly. Consumers could watch their favorite food influencers try the sweet treat, but they had to wait to get their own hands on the ice cream.

Our takeaway: Taking a risk is worth it, as long as the product stands up to the hype. Had the ice cream tasted like burnt garlic rather than cream-cheesy goodness, Jeni’s extensive media campaign could have just as easily backfired.

Taco Bell boasts a massive, dedicated fan base that spans generations. To continue tapping its younger audience, the brand debuted “The Bell,” a Taco Bell hotel & resort in Palm Springs with 70 rooms. The experience generated so much buzz that all rooms sold out within two minutes of going on sale.

The absurdity was part of the charm of this experiential marketing stunt. The hotel created FOMO amongst fans, but the tactics reached beyond Taco Bell’s typical audience and infiltrated national media and social channels.

Our takeaway: Experiential marketing is highly effective in creating buzz around new products. It’s shareable by nature, so all in-person brand experiences should be designed to look good in photos, as images will be posted, shared and re-shared.